The Tomorrow People Wiki
Register
Don't have an account?
Sign In
Advertisement
in: Characters, Season 1, Main Character,
and 3 more

Astrid Finch is a main character and the best friend of Stephen Jameson.

She is portrayed by Madeleine Mantock.

Astrid Finch tries to be supportive and understanding of the issues her close friend Stephen Jameson is dealing with. In the episode ​Girl, Interrupted, Astrid sees Stephen teleporting away from the train tracks. She shows up in his room when he arrives, demanding to know the truth. When Stephen denies being at the tracks, she angrily tells him that she will find out for herself and leaves. At the end of All Tomorrow's Parties, Stephen shows her his teleporting powers. In Limbo, we find out that she is in love with Stephen.

In In Too Deep,

In All Tomorrow's Parties,

In Sorry For Your Loss, she was just on the photo.

In Sitting Ducks, Astrid is seen going into an audition for a music school. During the audition, it is revealed that it is actually Ultra who is there to execute her because of her knowledge of Stephan and his abilities. In this episode, Stephan is camping with his family so John comes and saves her from getting shot. The two end up in a supply closet because John is shot. Astrid aids him by trying to put pressure on his wound. The two end up talking and Astrid sings her audition song to him as he slowly fades. Once John passes out Astrid skypes Cara and she tells Astrid what to do to help John. Astrid ends up taking the bullet out of John and shortly after Cara saves them both.

In Enemy of My Enemy, Astrid struggles with leaving the house after Sitting Ducks. Astrid ends up skyping Stephan to talk. John answers instead. Astrid and John end up talking about how she has been struggling with what happened. John ends up teleporting to Astrid's house. The two talk some more. John ends up taking Astrid to a subway car. The two jump off the car and John teleports them back to her house. Astrid hugs John and thanks him for showings her how to handle her fears.

In Smoke and Mirrors,

In A Sort of Homecoming,

In Son of Man,

Astrid is very supportive and understanding of Stephen. She has been by his side all throughout his psychotic troubles. Astrid is compassionate and protective, and she does get angry when she is lied to. She is shown also to take the news that would normally be an immense shock to normal people, quite well, showing she has a strong mentality state also. She is highly opinionated like when she tells John that his powers are not what makes him special and she tells Russel with fire that she is fighting for her life and will not run.

Astrid is a very pretty girl standing at 5'9 inches tall. She has olive-brown skin, dark brown eyes, and curly dark brown hair. Her style is very casual and laid back.

Stephen is Astrid's best friend, It was revealed in Limbo, that she is in love with him as he accidentally read her mind. She is extremely disappointed that Stephen says he doesn't love her the same way but continues to be there for him, even throughout the episodes, they seem to be slowly separating from each other. After a couple of episodes, they permanently reconcile and become best friends again. Astrid had moved on from him and began a relationship with John shortly before Jedikiah forcibly recruited him for his cause.

In Death's Door, there appears to be brief flirtation between John and Astrid as they exchange looks. In Sitting Ducks, John offers to protect Astrid because she knows about Stephen's powers, and John knows from personal experience what happens to humans who know about paranormals. He was right and protects Astrid when Ultra attempt to kill her, taking a bullet before teleporting them nearby. She removes the bullet and sings to him. In Enemy of My Enemy, Astrid is plagued by agoraphobia after her near-death experience and is afraid to go outside. After being kicked out of the Tomorrow People by Cara, John gives her comfort and helps her face her fears which causes her to kiss him on the cheek. In return, Astrid gives advice to John about facing his fears (which she didn't know about), which leads John to go back and re-join the Tomorrow People. In Kill Switch John, after having his powers taken away by Ultra, meets her to warn her about the impending doom for humans engineered by the Founder. Astrid points out that his powers were not what made him special and takes him to task for giving up so easily. After he saves her from an oncoming taxi, she kisses him. Later, he gives her his lucky jacket and says he'll come back for it. In Son of Man, John again seeks out Astrid's company under pretense of leaving town with her, but they decide to stay and help the Tomorrow People in their assault on Ultra headquarters. They kiss again, and are frozen in that position until the Machine is stopped. Two weeks later, they are seen together on the subway exploring topside New York City. At the end of the series finale, it has been hinted that Astrid, has begun a new romantic relation with John, after he broke up with Cara. However, they are separated when John is forcibly recruited by Jedikiah.

They were allies and they share a friendly acquaintanceship with each other, despite their affections (formerly on Astrid's part - currently) for Stephen.

Astrid (to Stephen): And just so you know everybody didn't leave. You pushed them away. Which is exactly what you're doing to me.

Astrid (to Stephen): I see we've moved into the comedy portion of your psychotic break.

Astrid [to Stephen]: I'm on to you, Stephen. And if you won't tell me the truth, I'm gonna go figure it out for myself. 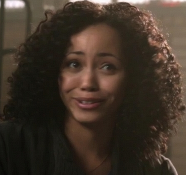 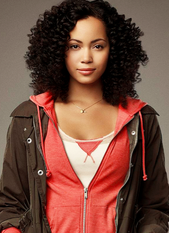 All Tomorrow's Parties
Community content is available under CC-BY-SA unless otherwise noted.
Advertisement