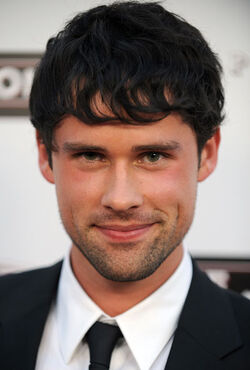 He was born in Brockville, Ontario and attended St. Peter's Secondary School in Peterborough. He then enrolled at the National Theatre School of Canada, where he graduated in 2006. Benjamin Hollingsworth was born in Brockville, Ontario, Canada in 1984. Ben first started performing professionally at age 14, to help raise money for a local homeless shelter in his hometown of Peterborough, Ontario. After graduating in 2006 from a theatrical training program at the National Theatre School of Canada, he has appeared in different TV series, most notably Suits as Mike Ross's rival Kyle Durant.

Retrieved from "https://the-tomorrow-people.fandom.com/wiki/Benjamin_Hollingsworth?oldid=10589"
Community content is available under CC-BY-SA unless otherwise noted.