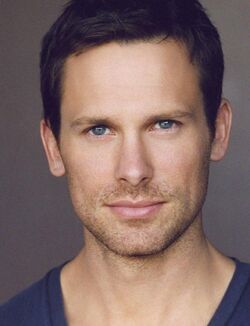 Carter is a native of Atlanta, Georgia, and a graduate of Wake Forest University. He graduated from The Lovett School in 1997, a classmate of Christine Lakin.

Retrieved from "https://the-tomorrow-people.fandom.com/wiki/Carter_MacIntyre?oldid=9322"
Community content is available under CC-BY-SA unless otherwise noted.