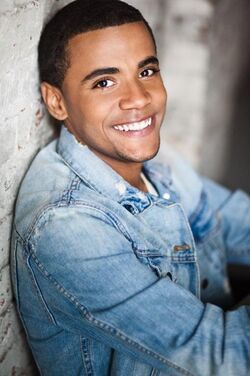 Jarod Joseph is the Canadian actor who portrays Juergens on Tomorrow People.

Jarod Joseph was born on October 9, 1985 in Calgary, Alberta and raised in Ontario.[1] His focus has been on sports since childhood; first in hockey and then basketball.[2] He is an alumnus of the Calgary Catholic School District's Bishop McNally High School.[3] For the summer of 2007, Jarod was working a construction job in Edmonton while mulling over his post-secondary future. Encouraged by a friend into the entertainment business, he fell in love with the notion, carried out his research and begun taking the proper steps towards making it a reality. By packing up his things and moving from Calgary to Vancouver, Jarod enrolled in and later graduated from New Image College’s professional acting program.[1]

Retrieved from "https://the-tomorrow-people.fandom.com/wiki/Jarod_Joseph?oldid=9326"
Community content is available under CC-BY-SA unless otherwise noted.