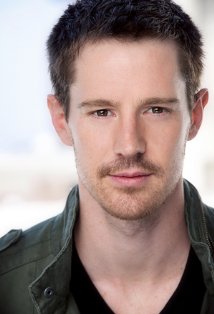 Jason William Dohring (born 30 March 1982) is an American actor who is best known for his role as Logan Echolls on the 2004-2007 television show Veronica Mars and for his roles as Josef Kostan on the 2007 series Moonlight and Adam Carpenter on the 2011 Series Ringer.

Dohring is the son of Doug Dohring, the owner of the marketing research firm, the Dohring Company. He married his wife Lauren Kutner on July 7, 2004 and on August 11, 2010 the couple had a son named Owen Riley Dohring. It was announced by Dohring on November 12, 2012 that the couple had recently welcomed another child, a girl named Lilly.

Jason is a Scientologist.

Dohring appeared as main character Logan Echolls in Veronica Mars between 2004 and 2007. After its cancellation, Dohring found work with Warner Bros. and CBS, co-starring in the television series Moonlight. He played the vampire Josef Kostan, a mischievous 400 year old hedge-fund trader. In October 2008, it was announced that Jason would return to TV as Spencer, a senior legislative assistant, on the new HBO comedy Washingtonienne. On February 10, 2010 in an interview he stated that he would be voicing a character in a Disney video game that was released in Japan last January; the game was revealed to be Kingdom Hearts Birth by Sleep by Square-Enix/Disney, and the character was Terra. He reprised the role in a cameo appearance in Kingdom Hearts 3D: Dream Drop Distance. In May 2010, Dohring began work on the Andrew Disney feature film Searching for Sonny, produced by Red Productions. Jason will be playing the role of Elliot Knight. In 2011, Dohring appeared on The CW's new series Ringer co-starring Sarah Michelle Gellar. In 2012, Dohring made a guest appearance on the TV show Supernatural, as the time god Chronos. In April 2013, it was announced that Dohring would be cast in the Veronica Mars movie. He was also cast in CW's upcoming fall drama The Tomorrow People in a potentially recurring role.

Retrieved from "https://the-tomorrow-people.fandom.com/wiki/Jason_Dohring?oldid=9327"
Community content is available under CC-BY-SA unless otherwise noted.