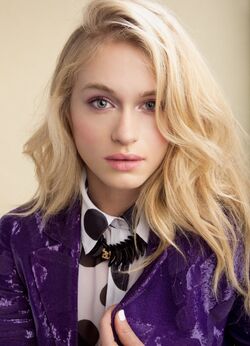 Leven Alice Rambin is an American actress. She is best known for playing look-alike half-sisters Lily Montgomery and Ava Benton on All My Children. Leven also appeared as Glimmer in The Hunger Games and as Clarisse La Rue in Percy Jackson: Sea of Monsters.

Retrieved from "https://the-tomorrow-people.fandom.com/wiki/Leven_Rambin?oldid=13645"
Community content is available under CC-BY-SA unless otherwise noted.