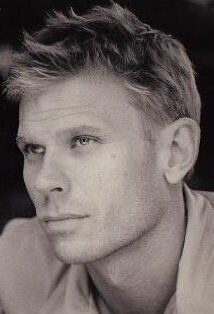 Mark Ross Pellegrino  is an American actor of film and television. He is best known for his work on Lost as Jacob and on Supernatural as Lucifer.

Pellegrino starred as Rita's abusive ex-con former husband Paul on Showtime's Dexter; and later as Lucifer on Supernatural and as the mysterious near-immortal Jacob on ABC's Lost. He has appeared on the television series Northern Exposure, ER, Without a Trace,The X-Files, NYPD Blue, CSI: Crime Scene Investigation, and Knight Rider. He also is well known as the "Blond Thug" who stuffs The Dude's head down the toilet and drops his bowling ball, breaking the floor tile, in the cult film The Big Lebowski.

In March 2009, Pellegrino was cast on the ABC series Lost for an appearance in the final episode of the fifth season, to play the role of the mysterious Jacob. Although the press release for the episode refers to his character simply as "Man No. 1," the episode revealed that Pellegrino portrayed Jacob, a mysterious character pivotal to the show's plot. On June 26, 2009 it was also announced that Pellegrino was cast in a recurring role as Lucifer in the fifth season of the CW series Supernatural until he was returned to his prison, returning in the seventh season as a hallucination of protagonist Sam Winchester due to his mental damage after he spent a year being tortured by Lucifer, until Sam was cured of his insanity.

He portrayed the vampire "Bishop" in the SyFy horror series Being Human in the first season, and also reprises the role in seasons 2 and 3.

Pellegrino lives in Los Angeles with his wife Tracy Aziz, stepdaughter Tess and stepson Misha. He is a teacher at the repertory theater company "Playhouse West", a west coast division of Sanford Meisner's Neighborhood Playhousein New York City. Pellegrino was baptized as a born-again Christian in his mid-20s and remains outspoken about his conservative politics.