Modus Vivendi is the 19th episode of Season One of The Tomorrow People. It aired on April 14th 2014 at 9PM.

Stephen's hard work as a double agent seems to be paying off with a potential truce between the Tomorrow People and Ultra. Still untrusting, Cara sends Russell to meet with The Founder. Jedikiah is now on the run and is desperate to keep Ultra from discovering his secret. Meanwhile, with the help of Hillary, Stephen tries to contact his dad once again. 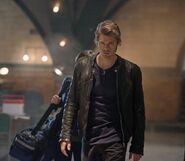 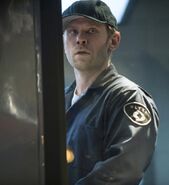 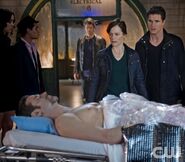 Retrieved from "https://the-tomorrow-people.fandom.com/wiki/Modus_Vivendi?oldid=17593"
Community content is available under CC-BY-SA unless otherwise noted.