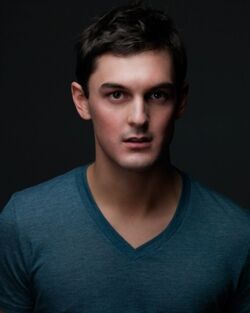 Wesley Taylor is an American stage actor and writer, probably best known for his roles in the Broadway musicals Rock of Ages and The Addams Family. He was also part of the NBC show Smash as Bobby, a flamboyant ensemble member.

He portrays Monty the Magnificent.

Retrieved from "https://the-tomorrow-people.fandom.com/wiki/Wesley_Taylor?oldid=13971"
Community content is available under CC-BY-SA unless otherwise noted.